Did you know you have cookies disabled? In order to register on this site and use all of our other great features you will need to have cookies enabled.

Please select the options for this item:

Please enter your email address below and we will email you a link to reset it.

This email will be sent immediately, if you dont receive it straight away in your inbox please check your junk email folder.

* All bookings will include a £3.00 booking fee unless you hold VIP membership
* All bookings have to be done 12 hours in advance. for sooner than please contact the shop directly
* Cancellation have to be 24 hours before , if not , there will be 50% cancellation fees.

Sorry this item is now out of stock

We are very sorry to inform you that the last of these items has just been purchased!

AKASAKA OPEN FOR DINE IN, TAKEAWAY AND DELIVERIES

We would like to extend a massive thank you to all of our wonderful customers who have supported us through these unprecedented times.

Stay safe, healthy and look after yourselves and your loved ones!

Our Latest News, Events and Offers 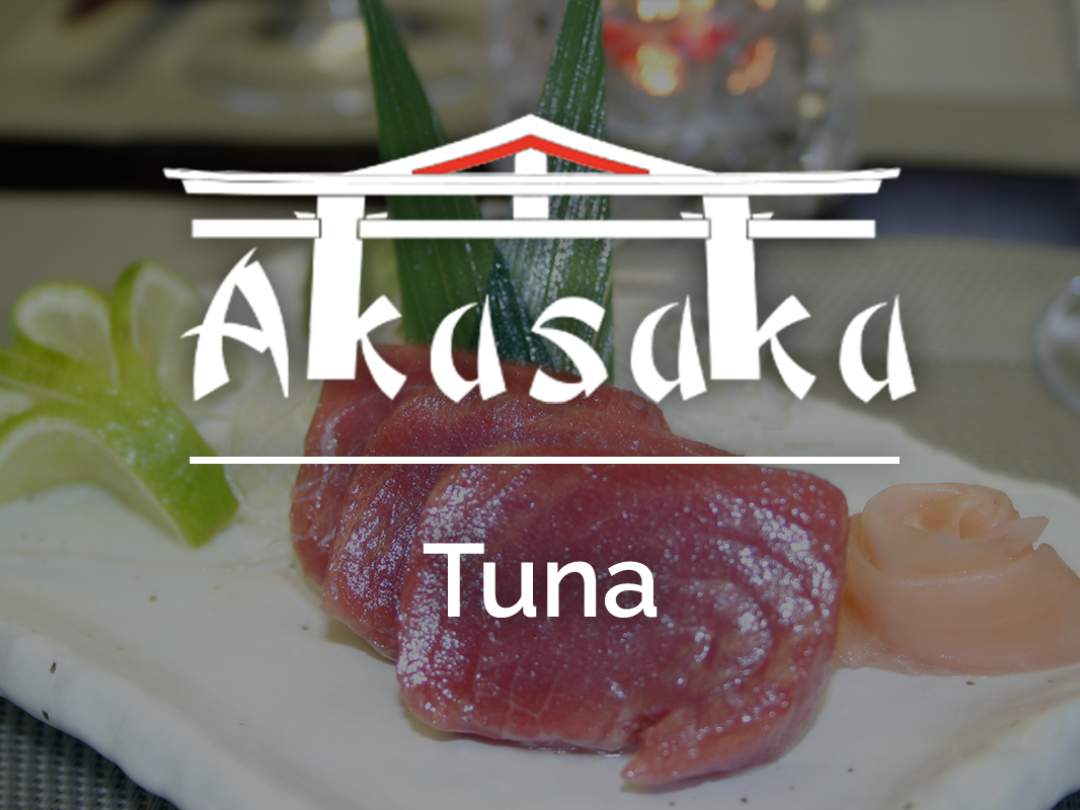 Have you tried our delicious Tuna Sashimi?

This word dates from the Muromachi period, and was possibly coined when the word "切る" = kiru (cut), the culinary step, was considered too inauspicious to be used by anyone other than samurai. This word may derive from the culinary practice of sticking the fish's tail and fin to the slices for the purpose of identifying the fish being eaten.

Another possibility for the name could come from the traditional method of harvesting. "Sashimi-grade" fish is caught by individual handline.

As soon as the fish is landed, its brain is pierced with a sharp spike, and it is placed in slurried ice. This spiking is called the ikejime process, and the instantaneous death means that the fish's flesh contains a minimal amount of lactic acid. This means that the fish will keep fresh on ice for about ten days, without turning white or otherwise degrading.

Many non-Japanese use the terms sashimi and sushi interchangeably, but the two dishes are distinct and separate.

Sushi refers to any dish made with vinegared rice. While raw fish is one traditional sushi ingredient, many sushi dishes contain seafood that has been cooked, and others have no seafood at all.